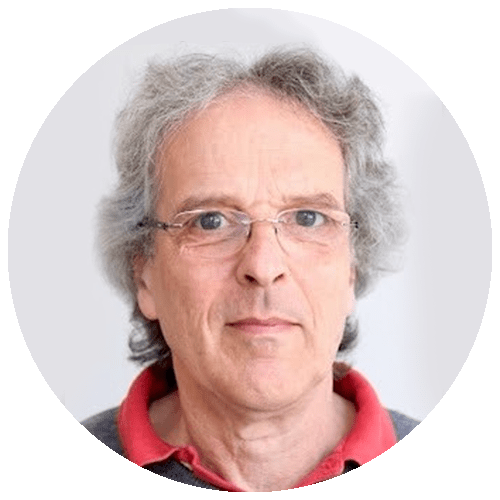 Possessing a mixed technical/musical background, Bert embarked on his audio career as a recording engineer in the 1980s – during the advent of the digital era – dealing with the recording/editing of classical music and jazz. Alongside this, he developed in an educational capacity, establishing professional training programs in audio technology; initially targeting broadcast engineers, and later expanding to encompass other AV companies.

Currently, he lectures at the Dutch Film Academy as well as the Royal Conservatory, located in Amsterdam and The Hague respectively, specialising in the fields of electroacoustics and psychoacoustics.

Bert has been an AES member for over 30 years, during which time he’s maintained a longstanding history as a committee member for the Dutch AES Section: serving as its Secretary for the past 15 years. Notably, Bert served as a member of the convention committee for the 124th AES Convention in Amsterdam, which took place in May 2008. He has organised a multitude of section meetings and tutorials on various audio-related subjects, and personally presented on the topics of microphones and digital audio. He is especially pro-active in fostering communication with the student community. 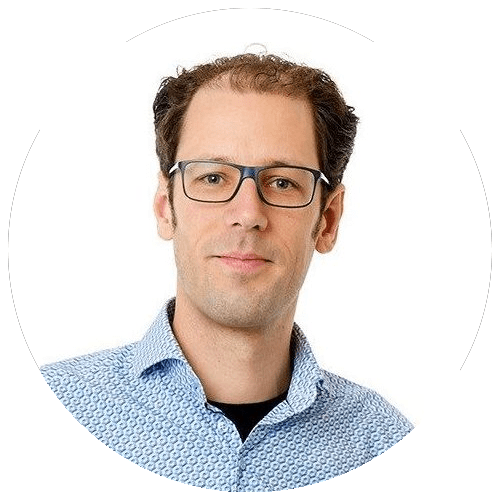 Remy graduated, with honours, as a Master of Science in Architecture, Building and Planning, with a specialisation in Acoustics, carrying out extensive PhD research on stage acoustics in particular.

Since 2006, he has worked as an acoustics consultant, researcher and also a teacher at the company LA&V (Level Acoustics & Vibration), which is housed in the acoustics laboratory of the department of the Built Environment at Eindhoven University of Technology.

LA&V’s mission is to transfer knowledge by participating in innovative building designs and applied research, as well as organising master classes. Remy himself has worked on various building projects, developing solutions to optimise the room acoustics in addition to the insulation of sound. He has accomplished this by applying various laboratory and field measurements combined with prediction modelling methods.

Furthermore, his commitment to education is evident in his lecturing, organising of workshops/courses and supervising of students at TU/e and other universities.

Rafael holds both a PhD. and a Bachelor’s in Music and Sound Recording (Tonmeister) degrees from the University of Surrey.

Previously, he has worked in the audio industry and as a research fellow. His research covered a wide scope, but focused mainly on subjective evaluation, listener training, automotive audio, spatial audio and virtual/augmented reality.

Currently, Rafael is responsible for Harman’s scientific sound quality evaluation (Benchmarking) for European automotive sound systems and is based in Germany.

With regards to AES, Rafael has served as the Chairman of the South German Section, and also as Vice-Chair on the AES Technical Committee on Automotive Audio thanks to his expertise on the subject. 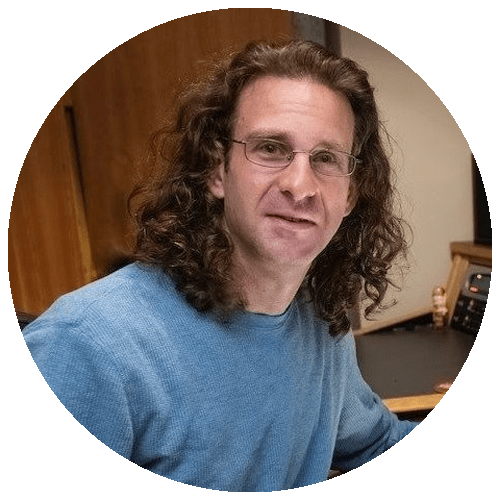 Gabe has engineered and produced music recordings in a variety of genres, spanning from classical ensembles to modern rock, contemporary world beat music, jazz, blues, R&B and more on almost every form of media outlet.

He owns and operates AudioGabriel, a production company that focuses on creative works with notable local, regional and internationally recognised performing artists. His film scores, audio post and sound design work have premiered and won at over 21 film festivals. Gabe has also mixed and designed sound for a number of programming series for NBC, VS, the Outdoor Channel and MTV, to name a few.

As Assistant Professor of Music Industry at The Hartt School, Gabe teaches classes in both the Music Production & Technology program as well as in the Music & Performing Arts Management. He helps students translate their passion for the subject into necessary industry skills.

Gabe also serves as a Regional Vice President for the Eastern US and Canada, as well as the Co-Chair of the AES Education Committee, representing all audio education programs across the world. 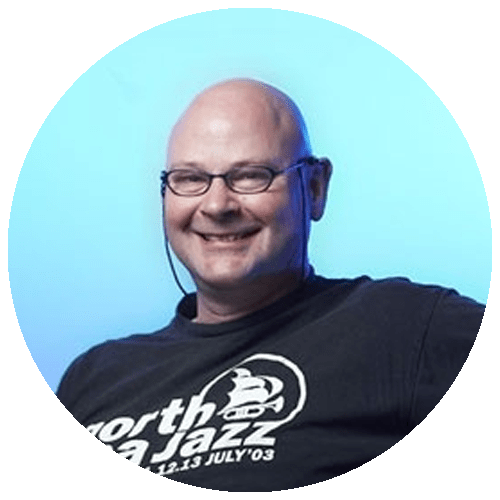 After completing his teaching degree, Ruud started his career as a live sound technician at Protone PA Rentals in the 1980s. For the next ten years, he worked as a sound and systems engineer, touring with a myriad of artists including Chris Isaak and John Hiatt, until the company merged into Ampco Pro Rent BV (Ampco Flashlight Group) in 1990. Over time, Ruud’s focus gradually shifted to electronic development.

Under Ampco, Ruud developed a series of loudspeaker controllers and custom electronics solutions for the rental company, even co-inventing the Synco Rental Network Sound Monitors. To this day, Ruud’s Research & Development results on loudspeaker reverberation and the possibilities of manipulation are still industry standards.

Ruud continued his work in Research & Development within the Ampco Flashlight Group at Event Acoustics, where he has been a valued team member since 2002. While his primary focus has shifted to the development of digital audio equipment, he still gets animated when discussing past achievements. 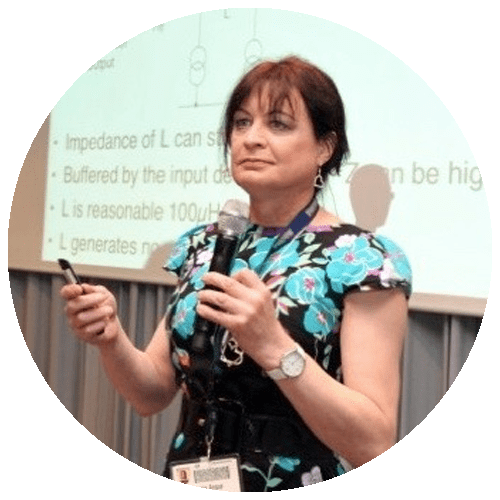 Jamie’s interest in audio crystallised at age 11 when she visited the WOR studios in NYC in 1967. She was enthralled; spending much of her free time studying audio, radio, synthesisers, and loudspeakers – even building some herself.

During her career, Jamie has worked in both industry and academia, spanning a diverse range of fields, from integrated optics and acoustics to analogue and digital signal processing. Her expertise ranges from valve (tube) circuits to the applications of esoteric number theory in signal processing. Also, she was Professor of Audio Technology at Salford University, pioneering degree level courses in both music technology and electronic engineering.

She has been active in the AES for 30 years and has been paper’s co-chair for previous conventions, as well as a judge for the student project and Matlab competitions. 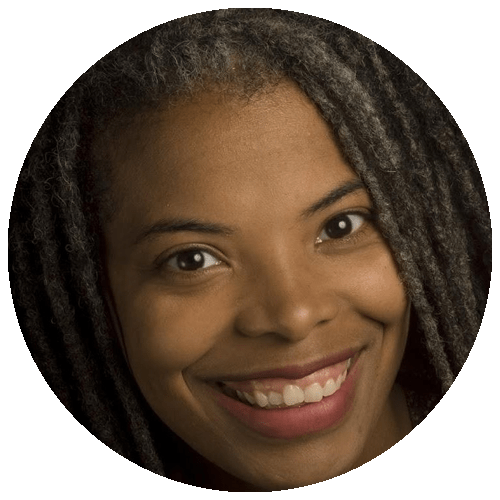 Leslie served a tenure as the Associate Professor of Recording Arts at the University of Colorado, Denver. Here, she also performed duties as Chair of the Department of Music and Entertainment Industry Studies. This saw her lead groups of Recording Arts students in study-abroad courses in England and Europe, including their participation in AES Conventions.

Significantly, Leslie authored the book “Women in Audio”, part of the ‘AES Presents’ series which was published by Focal Press (Routledge). She is also a voting member of the Recording Academy (The Grammys®).

She has carried out research on audio for planetariums, multichannel audio on Blu-Ray, as well as producing a comparison of multichannel codecs that was published in the AES Journal (Gaston, L. and Sanders, R. (2008) titled the “Evaluation of HE-ACC, AC-3, and E-AC-3 Codecs”, Journal of the Audio Engineering Society of America, 56(3)).

Currently, she works as a freelance re-recording mixer and sound editor as the owner of Mix Messiah Productions, which specialises in 5.1 mixing. 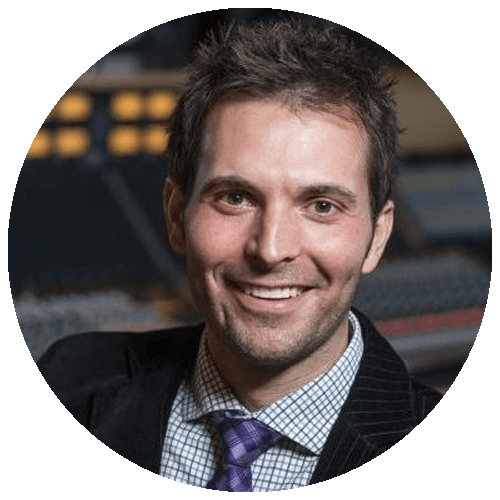 Miles holds a master’s degree in Music Technology from the Steinhardt School at NYU (New York University), as well as an Advanced Certificate in Tonmeister Studies from NYU.

As an educator, Miles currently serves as the Program Director for the Music Technology and Digital Media Management Programs at the University of Saint Francis in Fort Wayne, Indiana.

From the Audio Engineering Society

Created by the industry, for the industry, as a non-profit volunteer based organization, designed to inspire, educate and promote the technology and practice of audio, by bringing leading people and ideas together.